Detentions have surged as the Trump administration’s aggressive policy toward

migrants has collided with an exodus of children fleeing Central America.

Detentions have surged as the Trump administration’s aggressive policy toward migrants has collided with an exodus of children fleeing Central America.

record, surpassing the surge of unaccompanied minors that set off a crisis during the Obama administration, according to new figures released Tuesday.

American immigration authorities apprehended 76,020 minors, most of them from Central America, traveling without their parents in the fiscal year that ended in

September — 52 percent more than during the last fiscal year, according to United States Customs and Border Protection.

Mexico is experiencing the same surge.

Under pressure from the Trump administration, President Andrés Manuel López Obrador stepped up immigration enforcement and detained about

40,500 underage migrants traveling north without their parents in the same period — pushing the total number of these children taken into custody in the region

In interviews, nearly two dozen children who were heading toward the United States said they knew the trip was dangerous — and that if they were caught they

could end up in overcrowded, dirty facilities on both sides of the border, without adequate food, water or health care.

But they took their chances anyway, looking to escape dead-end poverty, violence and a lack of opportunities to study or work,

despite President Trump’s aggressive efforts to block immigration through the southwest border.

“These are numbers that no immigration system in the world can handle, not even in this country,”

“And each month during the fiscal year, the numbers increased.

We all saw them.”

The young migrants came alongside a historic wave of families traveling together, also largely from Central America.

They travel by foot, hitch rides or climb onto trains, carrying only what they can fit in tattered backpacks, and face a staggering array of threats,

from thieves and rapists to hunger, loneliness and death.

Marvel, a 16-year-old Honduran boy, said he had been on the road for weeks when, somewhere in Guatemala, he came upon a cluster of roadside graves:

the final resting place of other migrants who had died on their journey north.

He was alone and far from home.

Fear crawled up his spine.

But he thought of the gang threats he faced — and he pressed on. 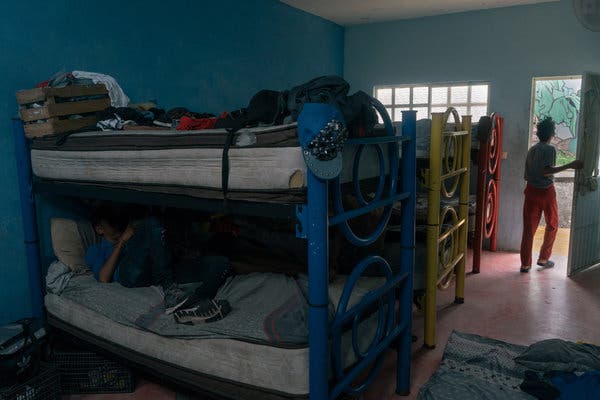 “Quitting was not an option,” Marvel said, giving only his first name for fear of gang retribution. “You wipe your tears and carry on.”

For the young migrants, the risks at home outweigh the potential dangers of the road.

Most are teenage boys, though girls and children also attempt the trip.

For Marvel, the decision to leave came when a gang in his hometown, Olancho, told him that if he didn’t join their ranks, they’d kill him and his family.

There was no doubt they were serious, Marvel said.

His parents encouraged him to leave, Marvel said.

“We can’t bear losing another son,” they told him.

He left home in the spring, with $40 dollars in his pocket and no plan except to find work in a safer place.

As for most underage migrants traveling without their parents, his trip north has been a feat of improvisation and courage.

He walked and hitchhiked through Honduras and Guatemala.

He slept in churches, under trees or wherever he found himself when night fell.

Along the way, he gathered crucial bits of information from fellow migrants: the best route to take, locations of shelters up ahead, places to avoid,

where to forage for food.

As huge numbers of young migrants from Central America began arriving at the United States’ southern border in 2014, the Obama administration scrambled to

house them until they could be released to sponsors — adults who applied to care for them.

The shelter system grew dramatically as a result.

The Trump administration experienced similar backups at the border just a few years later — this time because of new, more stringent policies that made the

sponsors themselves, who are often undocumented, vulnerable to immigration authorities.

This discouraged people from coming forward, leaving thousands of children to languish in the system.

The Trump administration has also sought to deter migration by separating thousands of children from their relatives,

again driving up the number of children in federally contracted shelters. 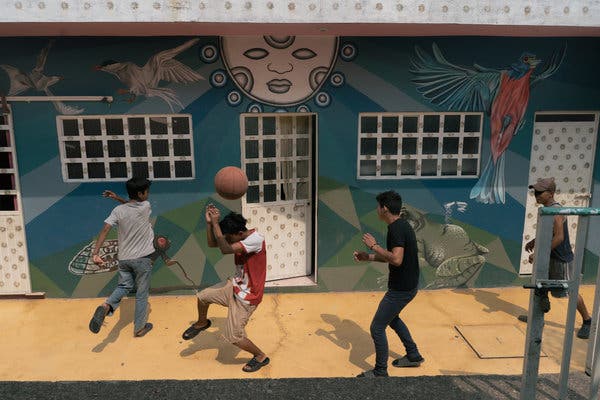 On the road, while trying to avoid detention, fear and hunger are constant companions for many young migrants.

With little or no money in their pockets, they relied on strangers for snacks or meals.

They pawed through garbage and scanned drifts of debris on the roadside, hoping to spot an edible morsel.

Wilson, a 17-year-old Honduran, said he had feasted on rotten mangos discarded by street vendors.

“I used to drink water from potholes when I was too thirsty,” interjected Mario Leonel, 16, who left home in San Pedro Sula, Honduras,

several weeks ago without notifying his parents.

“That is the hardest part of it all: the hunger.”

When he arrived at the shelter in Tenosique, a small Mexican town near the Guatemala border, he called his parents in Honduras, who burst into tears and pleaded

for him to return.

He was tired of all the violence in his country, and wanted to get asylum in the United States.

After Marvel slipped across the Guatemala-Mexico border in May, he found room at a shelter in Tenosique, which serves as a transit point for many migrants.

He quickly made new friends among other teenage migrants who had made it this far, mainly from Honduras, but also from Guatemala and El Salvador.

On a recent afternoon, several of them gathered in a two-story building that had been reserved for minors, its walls painted with colorful animal murals.

The boys cracked jokes, roughhoused and argued about who was the cutest girl in the shelter. 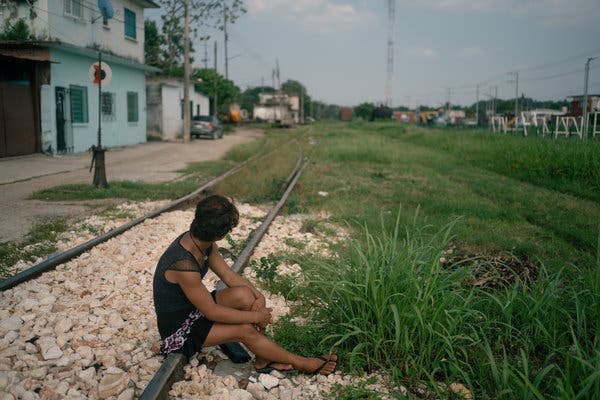 Outside, Dulce, a 16-year-old transgender migrant from Guatemala, sat alone on train tracks pining for a boy she had met at the shelter.

He had left without explanation and she was lovesick.

She left her hometown four months earlier to escape abuse from her family and strangers, including a sexual assault by gang members when she was 12.

She made it as far as central Mexico before being detained and deported.

Five days after returning home, she set off again.

“I left because I had nothing there and no one to protect me,” she said.

Though the United States remains the destination of choice for most unaccompanied minors, an increasing number are setting their sights no farther than Mexico,

Sometimes they have no choice: Mexico’s increased enforcement measures have made it more difficult for migrants to make it to the border with the United States.

And even if they reach the United States, recent policies have drastically lowered the possibilities of getting asylum.

In Mexico, when unaccompanied minors are detained, the law mandates that they be released right away into the custody of the national child protection agency

which finds them accommodation in shelters designed for children. 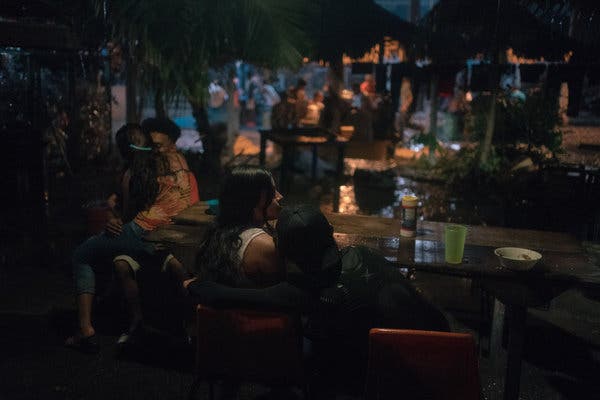 But migrants’ advocates say the government has been holding children in the nation’s overcrowded detention centers for far too long, and that some children are

quickly funneled into the deportation process rather than being given a fair chance to seek asylum or some other form of relief.

“No child should ever be held at a detention center,” said Elba Coria, a migration expert from the Clinic for Refugees at the Ibero-American University

“But while international standards consider children’s detention as an exceptional measure, amid Mexico’s migration chaos, it is the rule.”

Neither Marvel nor any of his new friends in the Tenosique shelter had been detained by the authorities.

All had managed to cross into Mexico from Guatemala and had applied for asylum in Mexico after talking through their options with the shelter staff.

They now plan to remain in Mexico and look for work and study opportunities — even if they haven’t abandoned hope of making it to the United States.

“It is every Honduran’s boy dream to get to the United States, where there is more money and kids are able to go to school,” said José Angel, 17.

He was born with a disability that left him unable to use his arms and left his hometown because his grandmother could no longer take care of him.

He was hopeful he could apply for asylum in the United States despite Mr. Trump’s many efforts to severely lower the number of people granted asylum.

“It is scary, but you have to take a chance,” he said.

On a recent morning, Alan, a 17-year-old Guatemalan migrant, sat on the sidewalk outside a migrant shelter in the city of Palenque, in southern Mexico.

He had just crossed the border and was exhausted.

Mexican immigration officials had stopped a bus he was on, but he managed to escape into the countryside and hide. 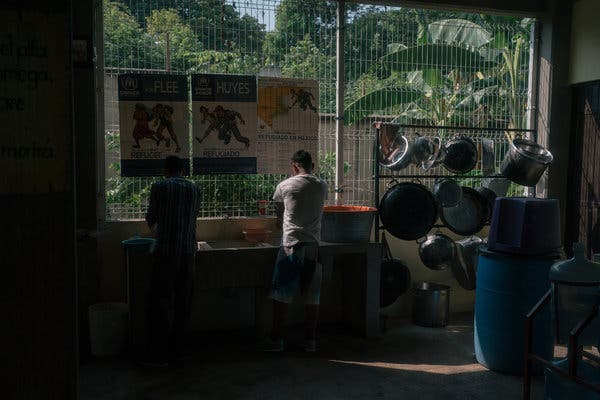 Alan planned to take a nap, shower and have a meal before trying illegally to board a freight train known as The Beast.

It runs from Mexico’s border with Guatemala to its border with the United States and, for decades, migrants have clung to it to speed through much of Mexico.

His hope was to make it to the American border and petition for asylum.

He was undeterred by Mr. Trump’s recent efforts to restrict asylum claims or curb immigration.

“One way or another, I have to make it to the other side where there are skyscrapers and life is better,” he said.