As the GOP circles the drain….

Near the top of the pile of reasons I’m glad I have no children is not having to explain any of this political garbage to them.  Not that I’m endowed with any inside information or historical perspective passed on by my folks.  Nothing I’ve ever read or otherwise come across is of any use in trying to understand or make sense of things political in these United States.

“I’m sure glad I’m not going to have to watch what you are.” T.B. Carlson

To my knowledge my parents were Republicans who ended up voting for John Kennedy and took the hits that everybody took with the assassinations and Viet Nam chaos that followed them. They gave a son to the military during that time and there was no going back after that.  I know they voted for Tricky Dick his second time around and my dad pretty much defended him to the end.  Tom and Mabelle Carlson were never the same after that.  There was a bitterness that permeated pretty much everything towards the end of their lives and I lay a lot of that on Rush Limbaugh and Fox News who were their primary so-called news sources until both of their deaths.

I thought it pretty strange at the time, but within a year of his passing my dad something to me that haunts me to this day.  “I’m sure glad I’m not going to have to watch what you are.”

As much as I loved them both – I’m betting that both would have been climate deniers and added their own paranoia  to any number of conspiracy theories.  I hate that I feel that way, but I’m pretty certain it’s the truth.

They thought the crazies were taking over and on that count they may not have been far off the mark. 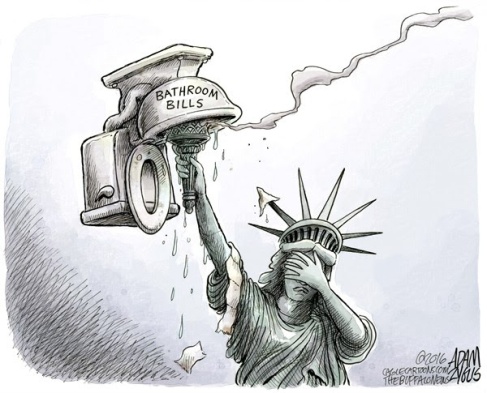 I really do hope I’m watching the famous final scenes of the GOP.  They’ll just morph into something else, but they really should bury it as presently constituted……

So those like my folks can stop spinning in their graves.