Tennys Sandgren, now ranked No. 114, has his first match against Mikhail Kukushkin, currently ranked No. 88 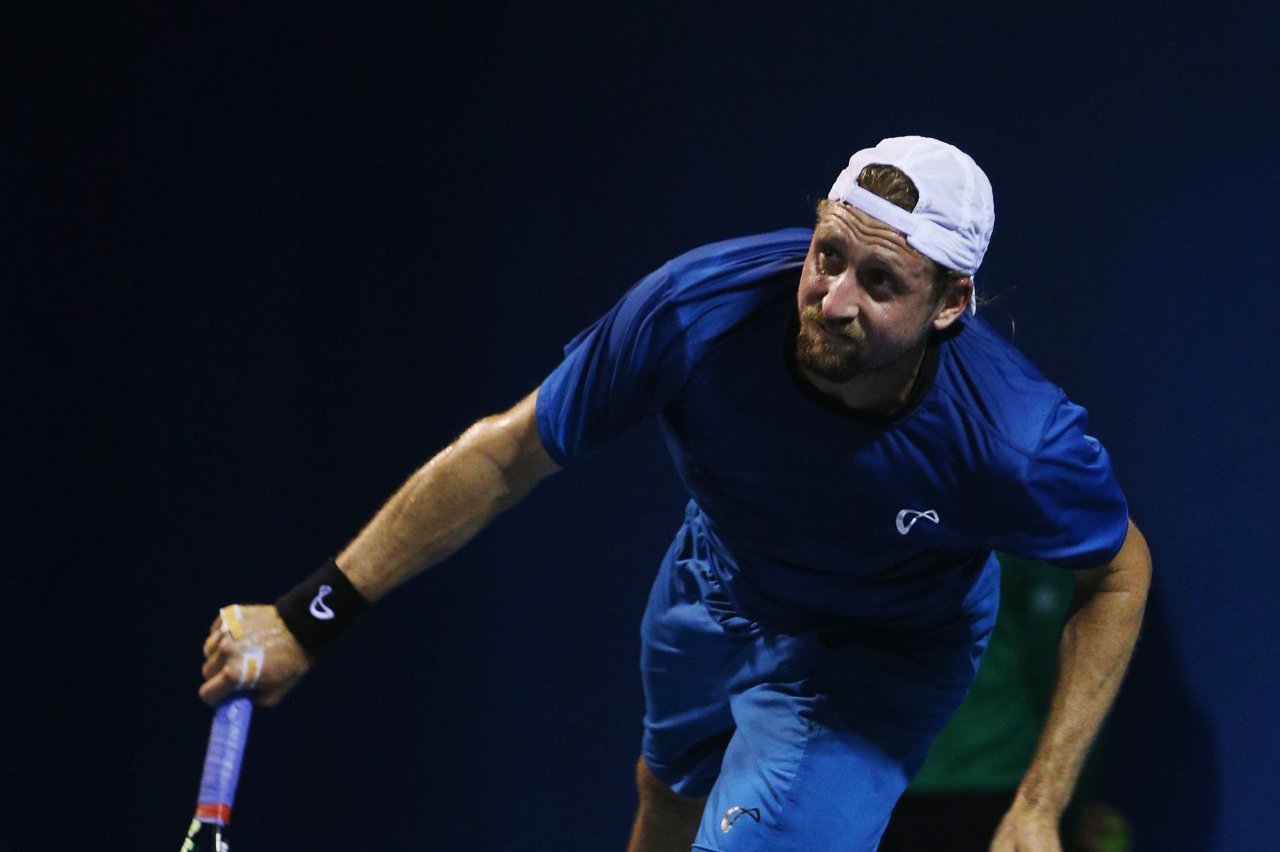 Tennys Sandgren in his qualifying match against Yasutaka Uchiyama of Japan during the Australian Open at Melbourne Park in January 2016. Sandgren didn’t make it out of the qualifying rounds.

On Friday evening in Paris, a 25-year-old American was having dinner with his coach when a British couple approached and asked if he was a tennis pro. Then they asked for his name.

“The couple looked at each other and said, ‘The guy is full of s—,’” said Sandgren’s coach, Jim Madrigal. “After some mild convincing, they were believers.”

Sandgren’s name does, indeed, sound just like “tennis.” And right now he’s playing the best professional tennis of his career.

Sandgren will play a main draw match at the French Open Sunday. He has never before played in the main draw of a major tennis tournament.

“I’m not sure how the tennis will go, but I’m going to enjoy the experience and try to soak it in,” Sandgren said.

Sandgren’s name has a far different history than the sport. His Swedish great-grandfather, who had the name, didn’t play tennis at all, and the name was passed on to Sandgren more for family than sports.

“My parents played, but they just liked the name and they wanted to keep it going,” Sandgren said. “I obviously grew up on a court, but there wasn’t any, ‘All right, we’re going to name him tennis and he’s going to be a professional.’ ”

Few players make it to their first major at 25 years old. Sandgren had a shoulder injury, a torn labrum, in 2014. Other injuries followed, and his rank plummeted. But he’s had a recent run of good health and qualified for the U.S. Tennis Association’s spot for the French Open draw by piling up more points than other clay-court competitors in the U.S.

He is now ranked No. 114, close to a spot that will give him entries to other Slams. His first match comes against Mikhail Kukushkin, currently ranked No. 88.

“We have a solid game plan,” Madrigal said. “The goal is to make this match in particular a physical battle.”

Sandgren’s father played satellite tournaments and his mother picked up the sport in her 30s. She became her son’s coach. Though he grew up in Gallatin, Tenn., clay has lately been his best surface despite the minimal use. In 2009, he won three rounds of the junior tournament at the French Open.

A bonus at the event that year: He spent time with clay-court master Rafael Nadal. The first was a practice right before Nadal’s next match.

Sandgren soon got another Nadal practice request, this time on an off day. “I wasn’t sure if I was going to make it through the whole day,” Sandgren said. “I remember a freshly strung racket I broke in 20 minutes.”

For the record: Sandgren isn’t the reason Nadal lost the French Open for the first time in his career that year. “I wasn’t the one to warm him up before that match,” he said. “It was not my fault. I cannot be blamed for that.”

Sandgren could play Nadal for real this time, but he’ll need to have the tournament of his life to get to the fourth round, a huge achievement. If he does the improbable, he expects his mother to come watch.

“If I make a run, she’ll definitely come,” he said. “She doesn’t come for first rounds. She’s big time.”