‘I’m Not a Racist, But…’: Sweden Faces Historic Upset in Election 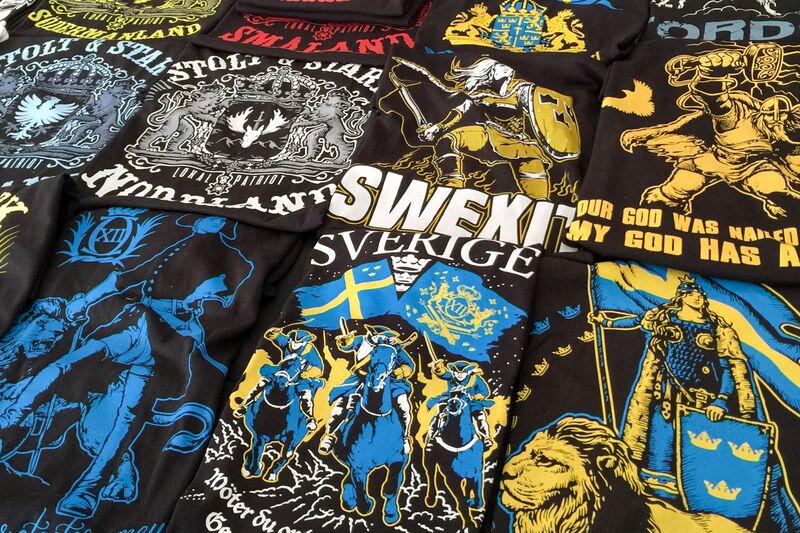 Viking rock music and whole pigs roasting on spits drew thousands of Swedes to a festival hosted by nationalists poised to deliver their country’s biggest political upheaval in a century.

The Sweden Democrats have been led since 2005 by a clean-cut and bespectacled man, Jimmie Akesson.

He’s gentrified a party that traces its roots back to the country’s neo-Nazi, white supremacist fringe.

Some polls now show the group may become the biggest in Sweden’s parliament after general elections on Sept. 9. Such an outcome would end 100 years of Social Democratic dominance.

In Akesson’s hometown of Solvesborg, large crowds cheered as he laid out the party’s vision for drastic cuts in immigration.

His agenda is part of a global wave of nationalist and anti-establishment sentiment that has followed the 2008 financial crisis, with the election of Donald Trump in the U.S. and Britain’s vote to leave the European Union standing out as the starkest examples of the new world order.

For Sweden, a tipping point was the refugee crisis of 2015. Over the past decades, the once homogeneous nation of 10 million people has been transformed, with 18 percent of the population now born outside the country.

Most Swedes profess to have a positive view toward immigration. But voters have become more comfortable voicing misgivings after their country accepted as many as 600,000 refugees over the past five years.

At his party’s festival, Akesson revved up the crowd by slamming the establishment’s failures, calling the last two governments the worst in Swedish history. T-shirts calling for a Swexit, or an exit from the EU, were exchanged as bands played nationalist tunes.

Ted Lorentsson, a retiree from the island of Tjorn, said he’s an enthusiastic backer of the Sweden Democrats. “I think they want to improve elderly care, health care, child care,” he said. “Bring back the old Sweden.”

But he also acknowledges his view has led to disagreement within his family as his daughter recoils at what she feels is the “Hitler”-like rhetoric.

Other supporters say they’re frustrated that Sweden’s economic boom over recent years has failed to translate into gains in welfare and other services.

“I’m not a racist, but I’m a nationalist,” he said. “I don’t like seeing the town square full of Niqab-clad ladies and people fighting with each other.”

But at the same time, Swedes have had to wait longer to get access to welfare staples like hospital care. Meanwhile, crime rates have risen with more gang-related shootings, reported rapes and vandalism.

On Monday night, scores of cars were set on fire in Gothenburg, in what the police say may have been a coordinated attack.

Pia Persson, a 60-year-old who lives in Kristianstad and works at Absolut Vodka, says she’s voting for the Sweden Democrats after feeling neglected by the current government.

That includes waiting too long at her doctor’s office, where Persson says she’s sometimes the “only Swede.”

“I think you need to start seeing the whole picture in Sweden and save the original Swedish population,” she said.

“I’m not racist, because I’m a realist.”

Kristianstad, about 1/2 hour’s drive from Akesson’s hometown, has the same foreign-born population as the national average.

Incomes there are about 8 percent below the national average while only a third have an education beyond high school.

The Sweden Democrats got 21.5 percent of the vote in Kristianstad in 2014, compared with 12.9 percent nationwide.

According to an analysis of SD supporters by pollster Novus, only 5 percent think Sweden is heading in the right direction.

The voters are almost two-thirds male, have below-average educations, tend to live in rural areas and make less money than backers of the two biggest parties, the Social Democrats and Moderates. Their top issues are immigration, law and order, and health care.

Immigrants have played a large part in the boom, stepping in to fill a growing labor shortage.

Foreign-born workers accounted for the entire job growth in the industrial sector last year and filled 90 percent of the new positions in welfare.

Sweden also typically does well in global surveys on life satisfaction and economic competitiveness. And it enjoys a healthy budget surplus.

But even young voters are turning their backs on the establishment. One potential SD supporter is law student Oscar Persson. Though he hasn’t yet decided how he’ll vote, he says it’s time for the mainstream parties to stop treating the Sweden Democrats like a pariah.

“This game they are playing now, where the other parties don’t want to talk to them but still want their support, is something I don’t really understand,” he said.

Akesson has managed to entice voters from both sides of the political spectrum with a message of more welfare, lower taxes and savings based on immigration cuts.

Sebastian Svensson, an engineer who works at a surveyor’s office, says he’s backed the center-right opposition party the Moderates in the past.

But he’s had enough.“It would be okay to have very high taxes if we had the best health care in Europe, for example,” he said. “But we don’t.”

Being perceived as racist isn’t a big concern for Ulf Hansen, a municipal politician and also the drummer of Ultima Thule, one of Akesson’s favorite bands. Since being formed in the early 1980s, the band has been a favorite in right-wing circles. Its first record was even sponsored by Bevara Sverige Svenskt (Keep Sweden Swedish), a neo-Nazi movement that the Sweden Democrats grew out of.

“People say there are ‘racists in the streets.’ Eventually, I just think, well, call me that then. I know I’m not, but…”