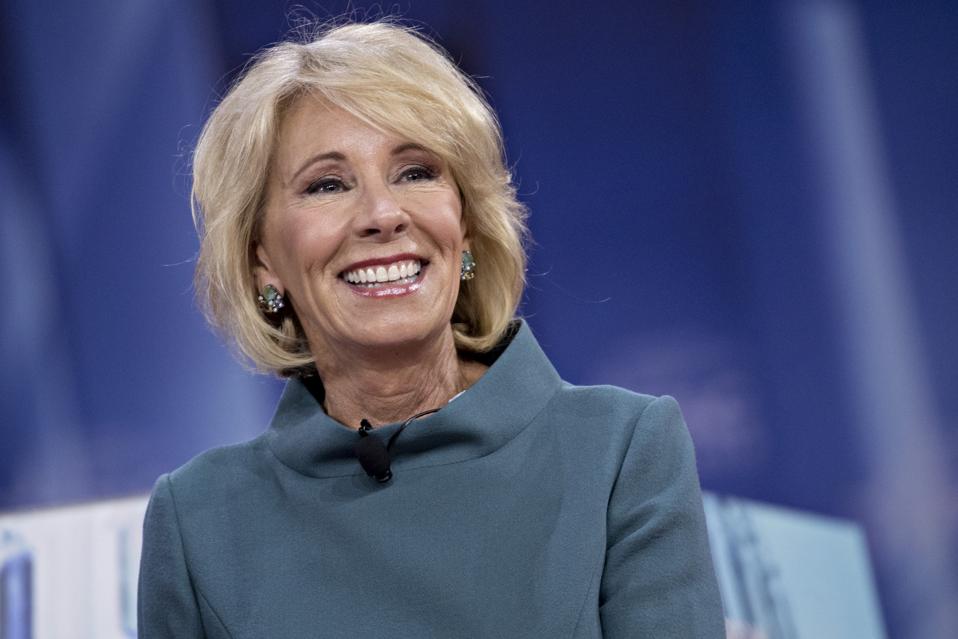 Here’s what you need to know.

Attorneys general from 19 states, plus the District of Columbia, sued U.S. Secretary of Education Betsy DeVos and the U.S. Department of Education for delaying a borrower protection rule that was scheduled to take effect beginning July 1.

The lawsuit was filed in federal district court in Washington, D.C. and alleged that DeVos illegally delayed the implementation of the borrower defense to repaying rule, which was intended by the Obama administration to make it easier for defrauded student loan borrowers to receive student loan debt forgiveness.

The attorneys general claimed that DeVos violated the Administrative Procedures Act because she did not meet the standard for a delay, give proper notice or afford adequate time for public comment.

The lawsuit asked the court to implement the borrower defense rule promptly.

The Education Department, which had argued that the borrower to defense rule should be delayed, will not seek any further delay.

Borrower Defense To Repaying allows students to have their federal student loans forgiven if a school employed illegal or deceptive practices to encourage the students to borrow debt to attend the school.

DeVos believes that the borrower defense to repaying rule – and another borrower protection rule known as the gainful employment rule – is confusing and unfair to both students and schools.

While critics viewed the Education Department’s previous delay attempts as a win for the for-profit college industry, DeVos has said that the rule changes will still help students who are victims of fraud.

“Fraud, especially fraud committed by a school, is simply unacceptable,” DeVos said in a statement in June.

“Unfortunately, last year’s rulemaking effort missed an opportunity to get it right. The result is a muddled process that’s unfair to students and schools, and puts taxpayers on the hook for significant costs.”

DeVos said she wants to strike a fair balance between protecting students from predatory practices and creating balanced rules to which colleges can adhere.

When the federal government forgives student loans – even if a college committed fraud – taxpayers effectively foot the bill.

DeVos has proposed creating a new formula for student loan forgiveness, which would cancel a portion of a borrower’s student loan debt based on the income of students who graduated from similar programs.

The Education Department said it could save the federal government $12.7 billion over a 10-year period compared with the Obama rule.

According to data from the Education Department, as of June 2018, approximately $535 million across 48,000 claims have been granted to students for student loan debt relief.

More than 100,000 borrowers – many of whom attended now-defunct, for-profit colleges – are still waiting for their claims to be processed.

The Education Department will continue to work on a new rule that they believe protects both borrowers and taxpayers.

In particular, DeVos has advocated for a stricter definition for fraud claims and supports mandatory arbitration agreements between borrowers and their schools.

How these rules change – and by how much – will be watched closely, particularly with respect to:

If student loan forgiveness is not an option, there are other proactive steps you can take regarding your student loans: