But there are plenty of unknowns in Earth’s climate system, such as exactly how much each ton of carbon dioxide we emit warms the atmosphere, or how different clouds can cool (by reflecting away sunlight) and warm (by trapping heat) the Earth.

But it does mean there are still scientific nuances that could make the risks we face from climate change lower than scientists now anticipate – or higher.

Last week, an important uncertainty was resolved – and, like most news about climate change these days, it’s not a happy story.

A paper published in the journal Science shows that the Earth’s oceans are warming at a rate that’s about 40 percent faster than indicated in the 2013 U.N. Intergovernmental Panel on Climate Change report.

Because the world’s oceans work like a giant flywheel, capturing heat energy and then spinning it out over time, warmer oceans have huge implications for everything from the rate of sea-level rise to hurricane intensity for generations to come.

During the last century, as the world heated up from pumping fossil fuels into the atmosphere, about 90 percent of the extra heat going into the climate system has been absorbed by the oceans.

“If the ocean wasn’t absorbing as much heat, the surface of the land would heat up much faster than it is right now,” Malin L. Pinsky, an associate professor in the department of ecology, evolution and natural resources at Rutgers University, told The New York Times.

“In fact, the ocean is saving us from massive warming right now.”

The ocean’s ability to absorb heat was no mystery to scientists. But what has been a mystery is that the ocean seemed to be warming more slowly than it should have been, given the climate models.

This is important, because if a climate model can’t accurately capture the past, then it won’t be accurate predicting the future.

But actually measuring the heat content of the world’s oceans is not a small task.

What matters is not just the surface temperature, which is relatively easy to calibrate, but also measuring the temperature as deep as 2,000 meters.

Since the data had been suggesting the oceans were warming more slowly than climate models predicted, did that mean the models were wrong, or the measurements were off?

The authors the new paper resolved the dilemma by using new data from a network of thousands of autonomous robots – called Argo floats –that dive down to depths of 2,000 meters or so and measure temperature, salinity, pH and other ocean characteristics as they slowly ascend. 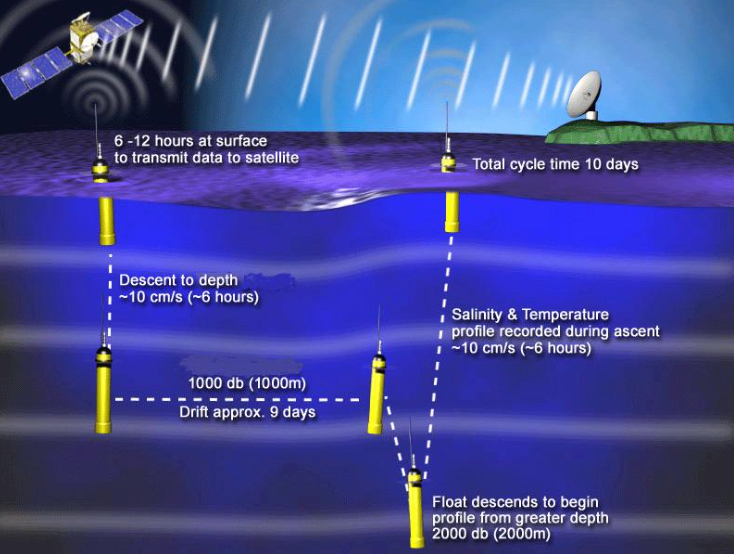 Once the Argo floats surface, the data they have collected is relayed back to scientists by satellite.

The upshot of this new data: The climate models were right after all, and the oceans are warming much faster than anyone understood.

The implications are huge.

Fast-warming oceans are devastating to coral reefs. Coral reefs are vanishing five times more frequently than they were 40 years ago, and will be gone entirely within your lifetime.

Fast-warming oceans intensify hurricanes. For example, one recent paper linked the disastrous rains associated with Hurricane Harvey, which hit Houston in 2017, with the amount of heat stored in the ocean.

Harvey dumped 60 inches of water on Southeast Texas (the most ever recorded from a single storm in U.S. history).

The study, published in the journal Earth’s Future, argued that the added ocean heat content not only increases a storm’s rainfall but also “invigorates and enlarges the storm,” turning it into an even bigger rain-producer.

But fast-warming oceans are also melting the great ice sheets of Greenland and Antarctica from below, which has the potential to greatly increase the rate and height of sea-level rise.

The warming of the Southern Ocean is particularly alarming, because it could destabilize West Antarctica and lead to the collapse of ice sheets that could raise global sea levels by 10 feet.

“As the ocean heats up, it’s driving fish into new places, and we’re already seeing that that’s driving conflict between countries,” Pinsky told the Times.

It’s led to a breakdown in international relations in some cases.”

Fast-warming oceans also mean that Big Fix technologies like geoengineering and carbon removal, which are increasingly seen as last resort measures to cool the planet, will be less effective.

It’s one thing to throw up a sun shade beside a pool; it’s another thing entirely to try to cool down the water in the pool itself.

If there is an upside to this recent paper, it’s this: It’s further proof that climate science — and knowledge about the risks we face in the future — are getting better, more accurate and more sophisticated.

We may or we may not be doomed, but we can’t say we weren’t warned