In iconic locations, we recreated New York Times photos from 1951.

The things we hold have changed, but the maneuvers are the same.

Take the figure facing the statue of Atlas: He peers upward, his elbow jutting out, his hand clasped around a camera.

In one version of this image, he wears a blazer; in the other, a windbreaker, trilby and backpack. 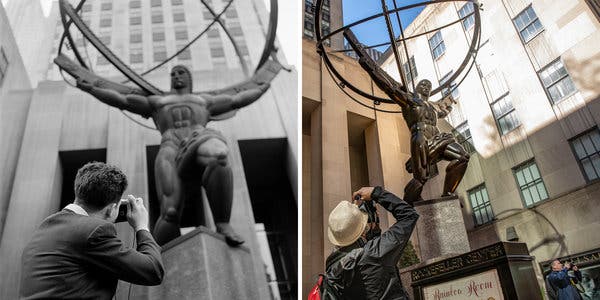 When placed side-by-side, these photos — and others, all shot 68 years apart — resemble a trick mirror, changing black-and-white to color,

The black-and-white pictures were shot for The New York Times Magazine by the staff photographer Sam Falk on April 2, 1951.

The color ones are by Tony Cenicola, a current Times staff photographer, and were shot on April 2, 2019 (in addition to April 1 and 3).

Together, they form an entirely unscientific experiment that asks: What does amateur photography look like today versus 68 years ago?

Once finished, the film and camera would be sent back to Kodak for developing.

As one Kodak ad from 1889 put it, “Anybody can take photographs with the Kodak.” 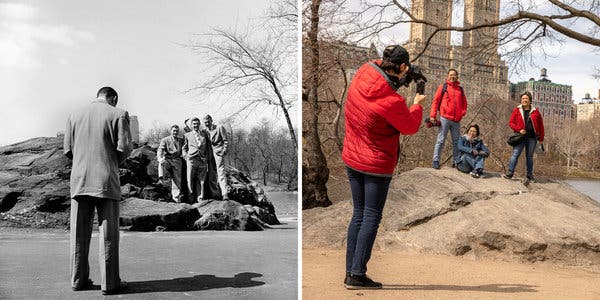 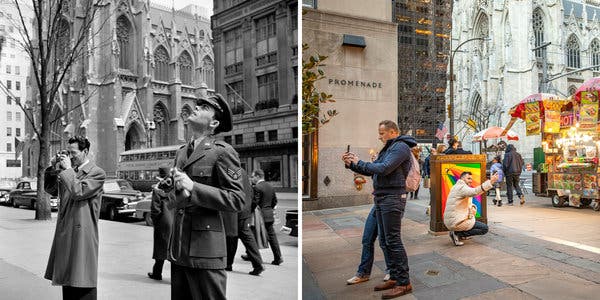 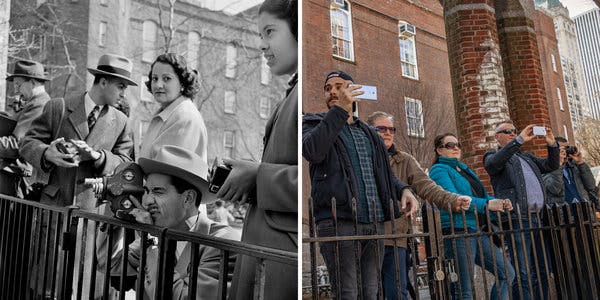 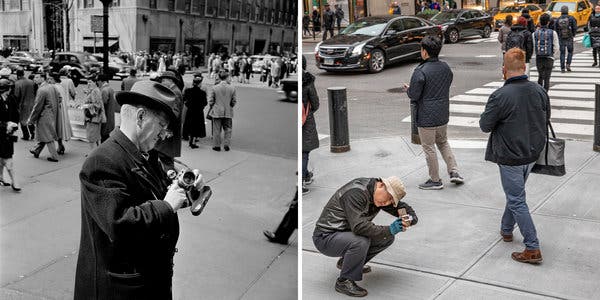 At the far more affordable price of just $1, the Brownie could be used by anyone, to document anything.

By the time of Mr. Falk’s shoot, America’s love affair with the snapshot was fixed.

“At latest count there were more than 30,000,000 camera-users across the nation,” read the accompanying article — about 20 percent of Americans.

Today, more than 75 percent of the country owns a smartphone and, by default, a camera.

More than 1.8 billion photos are uploaded to the internet each day, and a majority of those are taken on smartphones, our ubiquitous,

“It was odd,” Mr. Cenicola said, “because there would be people with SLRs or point-and-shoot cameras taking pictures with their phone.”

On a phone, images can be captured, assessed, edited, shared or discarded in an instant.

The feverish, hopeful wait to pick up developed film that 1951 photographers would have experienced has disappeared.

The joy — or the disappointment — at finally seeing a carefully planned photograph is now instantaneous. 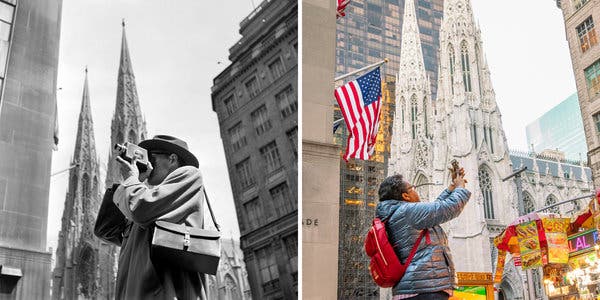 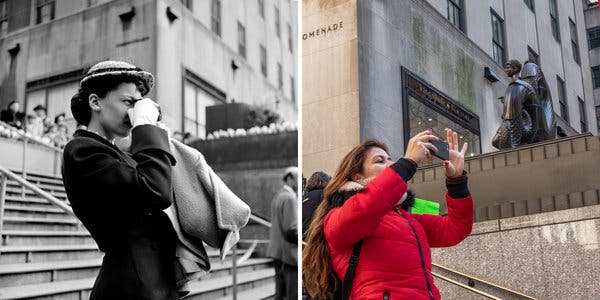 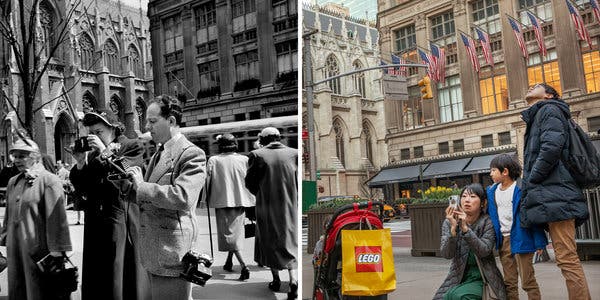 But certain behaviors remain. When setting up his tripod, Mr. Cenicola noticed people not stepping in front of his camera, displaying an ingrained photographic courtesy.

“I kept thinking: ‘You are the picture.

Just don’t pay attention to me,’” he recalled.

And in both sets of images, there are photographers who squint confusedly at viewfinders and contort their bodies to achieve the perfect angle.

“I love watching that sort of ballet, that dance, of taking a picture,” Mr. Cenicola said.

That is the universal here.

Everyone is trying to capture a moment, a place, a group of friends, no matter how impossible the angle or how bright the light. 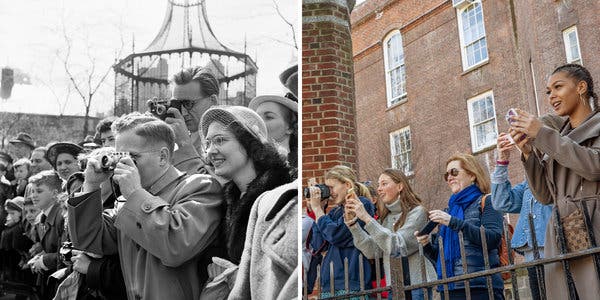 … I didn’t mind getting old when I was young. It’s the being old now that’s getting to me.