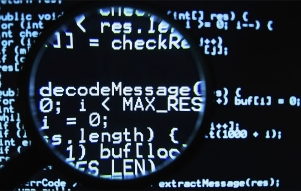 Security experts cited by MIT Technology Review have found that the kernel of the first developer preview of iOS 10 is unencrypted, allowing anyone to examine the code. All previous iOS kernels have been encrypted by Apple.

The heart of an operating system is a component known as the kernel, which controls how programs can use a device’s hardware and enforces security. Apple has previously encrypted the kernel in iOS releases, hiding its exact workings and forcing researchers to find ways around or through it. But the kernel was left unobfuscated in the preview version of iOS 10 released to developers last week for the most recent Apple devices.

As the piece notes, this doesn’t compromise the security of iOS 10, and there are both pros & cons to making it available for inspection. Security researchers are unsure whether the move was intentional or a mistake …

On the downside, it makes life much easier for those looking for weaknesses in the code.

…..so it looks like they’re not going to be able to pin and dastardly deeds on Hilary Clinton for anything related to the ….ever so popular…..ServerGate or EmailGate or whatever the hell you want to call the inquisition without end amen…..except now we can say AMEN…………

…..cuz she just ain’t doing the perp walk for you boys and girls….not happening…..

WASHINGTON — The F.B.I. director, James B. Comey, said Tuesday that the bureau would not recommend criminal charges against Hillary Clinton for her handling of classified information while she was secretary of state, lifting an enormous legal cloud from her presidential campaign less than two hours before she boarded Air Force One for her first joint campaign appearance with President Obama.

But in an extraordinary day of political drama in Washington, Mr. Comey rebuked Mrs. Clinton as being “extremely careless” in using a personal email address for sensitive communications. He raised questions about her judgment that will reverberate through her campaign and said that a person still employed by the government — Mrs. Clinton left the State Department in 2013 — could face administrative punishment for such conduct.

To warrant a criminal charge, Mr. Comey said, there had to be evidence that Mrs. Clinton intentionally transmitted or willfully mishandled classified information. The F.B.I. found neither, and as a result, he said, “our judgment is that no reasonable prosecutor would bring such a case.”

The Justice Department is highly likely to accept the F.B.I.’s instruction, which a law enforcement official said also cleared Mrs. Clinton’s top aides involved in the emails: Jake Sullivan, Huma Abedin and Cheryl D. Mills. Attorney General Loretta Lynch said last week that she would accept the recommendation of the F.B.I. and career prosecutors in the case after a storm of Republican criticism about animpromptu meeting between Ms. Lynch and former President Bill Clinton at an airport in Phoenix.

Mr. Comey’s 15-minute announcement, delivered with no advance warning only three days after investigatorsinterviewed Mrs. Clinton in the case, riveted official Washington on an otherwise sleepy summer morning. In offices across the capital, all eyes turned to television screens to hear the outcome of a yearlong investigation that could have transformed the 2016 presidential election and changed history.

As Mr. Comey strode to the lectern at the F.B.I. headquarters at 11 a.m., Mrs. Clinton was blocks away, waiting backstage to address the National Education Association. Five minutes into Mr. Comey’s remarks — before he announced his recommendation — Mrs. Clinton began speaking.

By 2:45 p.m., she and Mr. Obama were descending the stairs of Air Force One for a campaign rally in Charlotte, N.C., while back in Washington the State Department spokesman, John Kirby, was fending off questions from reporters about what Mr. Comey called the department’s lax security in handling classified information.

White House officials said Mr. Obama did not know about Mr. Comey’s recommendation ahead of time. “I have not coordinated this statement or reviewed it any way with the Department of Justice or any other part of the government,” Mr. Comey said as part of a lengthy windup before he got to the point of not recommending charges. “They do not know what I am about to say.”

Mr. Comey, a Republican former federal prosecutor, was more forthcoming and sterner than he usually is in public appearances, laying out several previously undisclosed findings from the F.B.I.’s investigation:

■ Of 30,000 emails Mrs. Clinton handed over to the State Department, 110 contained information that was classified at the time she sent or received them. Of those, Mr. Comey said, “a very small number” were marked as classified. This finding contradicts her repeated assertions that none of the emails were classified at the time Mrs. Clinton saw them. The F.B.I. did not disclose the topics of the classified emails, but a number are believed to have involved drone strikes.

■ The F.B.I. discovered “several thousand” work-related emails that were not in the original trove of 30,000 turned over by Mrs. Clinton to the State Department. Three of those contained information that agencies have concluded was classified, though Mr. Comey said he did not believe Mrs. Clinton deliberately deleted or withheld them from investigators. ####End of Story

One thought on “…..what the hell is “the deliberate policy theory” anyway?…..”