Worse, they don’t seem to want to understand it. 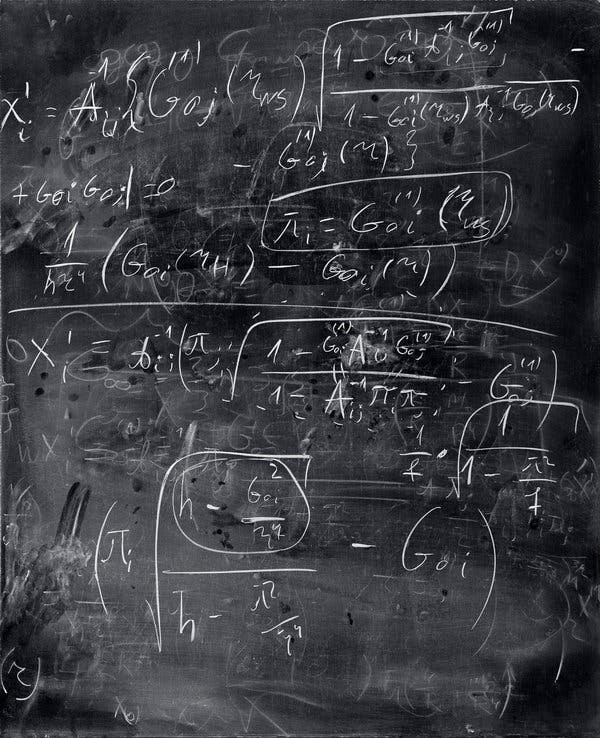 “I think I can safely say that nobody really understands quantum mechanics,” observed the physicist and Nobel laureate Richard Feynman.

That’s not surprising, as far as it goes.

Science makes progress by confronting our lack of understanding, and quantum mechanics has a reputation for being especially mysterious.

What’s surprising is that physicists seem to be O.K. with not understanding the most important theory they have.

Quantum mechanics, assembled gradually by a group of brilliant minds over the first decades of the 20th century, is an incredibly successful theory.

We need it to account for how atoms decay, why stars shine, how transistors and lasers work and, for that matter, why tables and chairs are solid

rather than immediately collapsing onto the floor.

Scientists can use quantum mechanics with perfect confidence.

But it’s a black box.

We can set up a physical situation, and make predictions about what will happen next that are verified to spectacular accuracy.

What we don’t do is claim to understandquantum mechanics.

Physicists don’t understand their own theory any better than a typical smartphone user understands what’s going on inside the device.

There are two problems.

One is that quantum mechanics, as it is enshrined in textbooks, seems to require separate rules for how quantum objects behave when we’re not looking at them,

and how they behave when they are being observed.

When we’re not looking, they exist in “superpositions” of different possibilities, such as being at any one of various locations in space.

But when we look, they suddenly snap into just a single location, and that’s where we see them.

We can’t predict exactly what that location will be; the best we can do is calculate the probability of different outcomes.

The whole thing is preposterous.

Why are observations special?

What counts as an “observation,” anyway?

When exactly does it happen?

Does it need to be performed by a person?

Is consciousness somehow involved in the basic rules of reality?

Together these questions are known as the “measurement problem” of quantum theory. 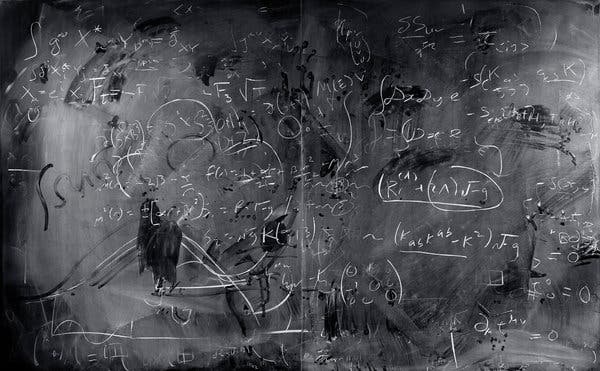 The other problem is that we don’t agree on what it is that quantum theory actually describes, even when we’re not performing measurements.

We describe a quantum object such as an electron in terms of a “wave function,” which collects the superposition of all the possible measurement outcomes

into a single mathematical object.

When they’re not being observed, wave functions evolve according to a famous equation written down by Erwin Schrödinger.

But what is the wave function?

Is it a complete and comprehensive representation of the world?

Or do we need additional physical quantities to fully capture reality, as Albert Einstein and others suspected?

Or does the wave function have no direct connection with reality at all, merely characterizing our personal ignorance about what

we will eventually measure in our experiments?

Which is bad, because quantum mechanics is the most fundamental theory we have, sitting squarely at the center of every serious attempt to formulate

You would naturally think, then, that understanding quantum mechanics would be the absolute highest priority among physicists worldwide.

Investigating the foundations of quantum theory should be a glamour specialty within the field, attracting the brightest minds, highest salaries and most prestigious prizes.

Physicists, you might imagine, would stop at nothing until they truly understood quantum mechanics.

The reality is exactly backward.

On the contrary, students who demonstrate an interest in the topic are gently but firmly — maybe not so gently — steered away,

sometimes with an admonishment to “Shut up and calculate!”

Professors who become interested might see their grant money drying up, as their colleagues bemoan that they have lost interest in serious work.

using a set of ad hoc quantum rules to construct models of particles and materials.

The former enterprise came to be thought of as vaguely philosophical and disreputable.

One is reminded of Aesop’s fox, who decided that the grapes he couldn’t reach were probably sour, and he didn’t want them anyway.

Physicists brought up in the modern system will look into your eyes and explain with all sincerity that they’re not really interested in understanding how nature really works;

they just want to successfully predict the outcomes of experiments.

This attitude can be traced to the dawn of modern quantum theory.

In the 1920s there was a series of famous debates between Einstein and Niels Bohr, one of the founders of quantum theory.

Einstein argued that contemporary versions of quantum theory didn’t rise to the level of a complete physical theory, and that we should try to dig more deeply.

But Bohr felt otherwise, insisting that everything was in fine shape.

Much more academically collaborative and rhetorically persuasive than Einstein, Bohr scored a decisive victory, at least in the public-relations battle.

Not everyone was happy that Bohr’s view prevailed, but these people typically found themselves shunned by or estranged from the field.

In the 1950s the physicist David Bohm, egged on by Einstein, proposed an ingenious way of augmenting traditional quantum theory

in order to solve the measurement problem.

Werner Heisenberg, one of the pioneers of quantum mechanics, responded by labeling the theory “a superfluous ideological superstructure,”

and Bohm’s former mentor Robert Oppenheimer huffed, “If we cannot disprove Bohm, then we must agree to ignore him.”

Around the same time, a graduate student named Hugh Everett invented the “many-worlds” theory, another attempt to solve the measurement problem,

only to be ridiculed by Bohr’s defenders.

Everett didn’t even try to stay in academia, turning to defense analysis after he graduated.

A more recent solution to the measurement problem, proposed by the physicists Giancarlo Ghirardi, Alberto Rimini and Tulio Weber, is unknown to most physicists.

These ideas are not simply woolly-headed “interpretations” of quantum mechanics.

But they have been neglected by most scientists.

For years, the leading journal in physics had an explicit policy that papers on the foundations of quantum mechanics were to be rejected out of hand.

Of course there are an infinite number of questions that scientists could choose to worry about, and one must prioritize somehow.

Over the course of the 20th century, physicists decided that it was more important to put quantum mechanics to work than to understand how it works.

And to be fair, part of their rationale was that it was hard to actually see a way forward.

What were the experiments one could do that might illuminate the measurement problem?

The current generation of philosophers of physics takes quantum mechanics very seriously, and they have done crucially important work in bringing

conceptual clarity to the field.

Empirically minded physicists have realized that the phenomenon of measurement can be directly probed by sufficiently subtle experiments.

And the advance of technology has brought questions about quantum computers and quantum information to the forefront of the field.

Together, these trends might make it once again respectable to think about the foundations of quantum theory, as it briefly was in Einstein and Bohr’s day.

Meanwhile, it turns out that how reality works might actually matter.

Our best attempts to understand fundamental physics have reached something of an impasse, stymied by a paucity of surprising new experimental results.

Scientists discovered the Higgs boson in 2012, but that had been predicted in 1964.

Gravitational waves were triumphantly observed in 2015, but they had been predicted a hundred years before.

It’s hard to make progress when the data just keep confirming the theories we have, rather than pointing toward new ones.

The problem is that, despite the success of our current theories at fitting the data, they can’t be the final answer, because they are internally inconsistent.

Gravity, in particular, doesn’t fit into the framework of quantum mechanics like our other theories do.

It’s possible — maybe even perfectly reasonable — to imagine that our inability to understand quantum mechanics itself is standing in the way.

After almost a century of pretending that understanding quantum mechanics isn’t a crucial task for physicists, we need to take this challenge seriously.

Sean Carroll (@seanmcarroll) is a theoretical physicist at the California Institute of Technology and the author of the forthcoming book “Something Deeply Hidden: Quantum Worlds and the Emergence of Spacetime,” from which this essay is adapted.

One thought on “… Even Physicists Don’t Understand Quantum Mechanics …”